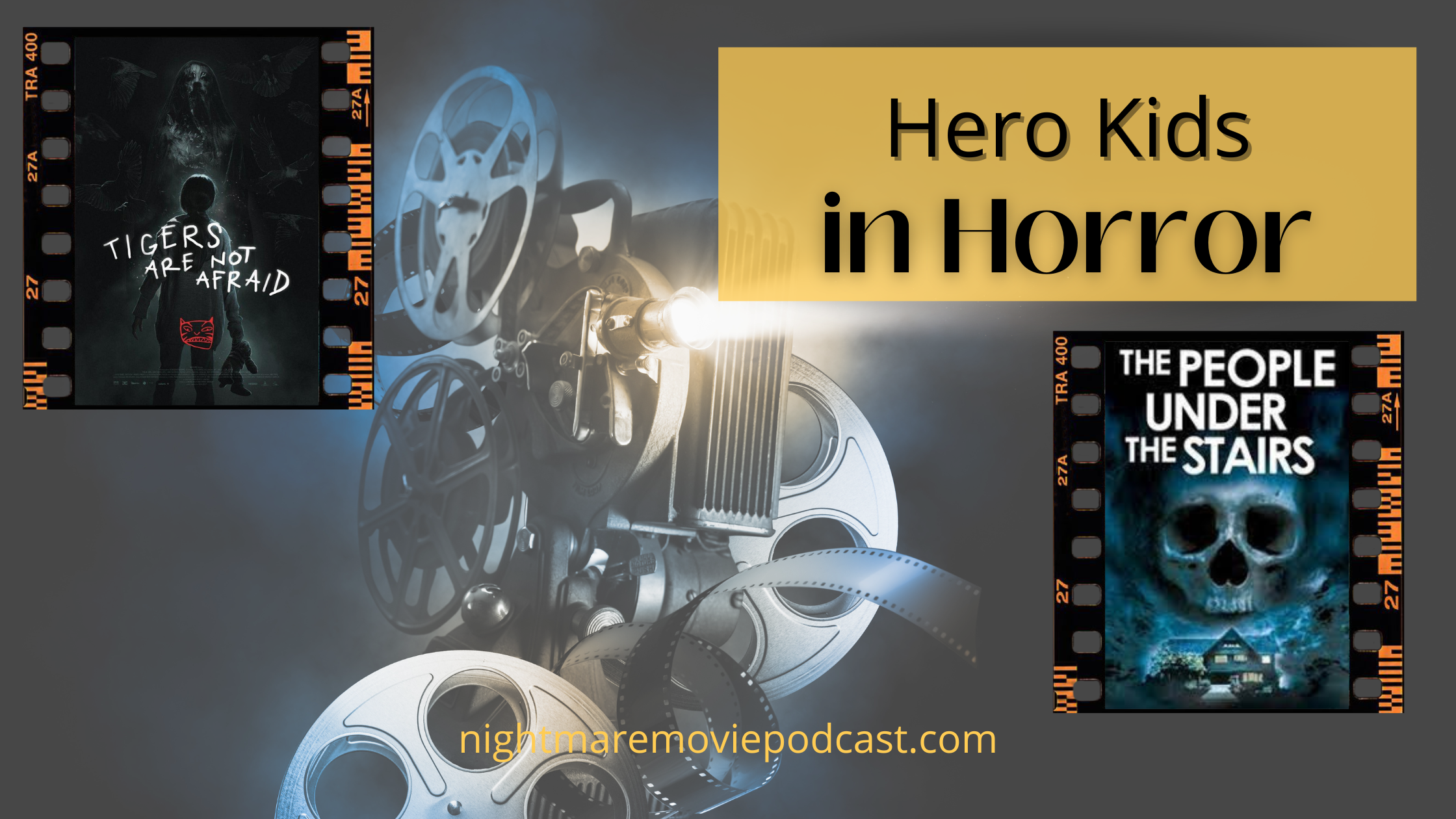 (How did Alma go from picking summer nostalgic flicks to real life horror and back again?)

Summer has me in a whole mood for nostalgic horror movies.  I have hit play on so many of my favorite childhood and teenage favorites.  I was watching Children of the Corn and it got me thinking about all the creepy kids in horror and how much we love a spooky little demon or ghost child.  However, what I think stands apart from the rest, is a leading child actor with no scary vibes.  It seems to catch me off guard, waiting for them to do some popping out of nowhere, levitating into their parents bedroom, or murdering an unsuspecting neighbor kid.  Some of the most stand out performances for me are just regular kids in scary situations.

The Boy Behind the Door written and directed by David Charbonier and Justin Powell stars Lonnie Chavis and Ezra Dewey.  This film takes every parent’s and child’s worst fear of being kidnapped and puts us right in the shoes of these two young boys.  The story is chilling because it is so real and has us hoping that they can escape the hands of the worst kind of evil.

Vuelven (Tigers Are Not Afraid ) written and directed by Issa López stars a whole cast of talented young actors, most notably Paola Lara and Juan Ramón López.  A young girl named Estrella loses her mother and her school is closed due to the Mexican drug cartel’s rampant violence from drugs and human trafficking.  Orphaned she finds companionship with other street kids as they fight to survive on their own.  Its fantasy elements help to separate the horror and violence that is all too real.

After those two newer recommendations, let’s bring it back with something a little more nostalgic for me.  I think Silver Bullet and E.T. were the first horror movies I can recall that showcased kid heroes. Yes, E.T. was horror, it scared the crap out of little me, lol!   I thought he was a life-draining monster!

It was really Wes Craven’s The People Under The Stairs that first featured a true child hero in my eyes.  Brandon Adams as “Fool” could be any of us.  Finding himself in this house of terrors with creepy, translucent teenagers lurking beneath the floors and hiding from the cannibalistic brother/sister-father/mother duo- I needed Fool to live.  I am so glad it was a lot more fun and strangely adventurous because the little weirdo in me always remembers shouting at the screen and cheering for Fool to save Alice and his family from the scariest parents imaginable.