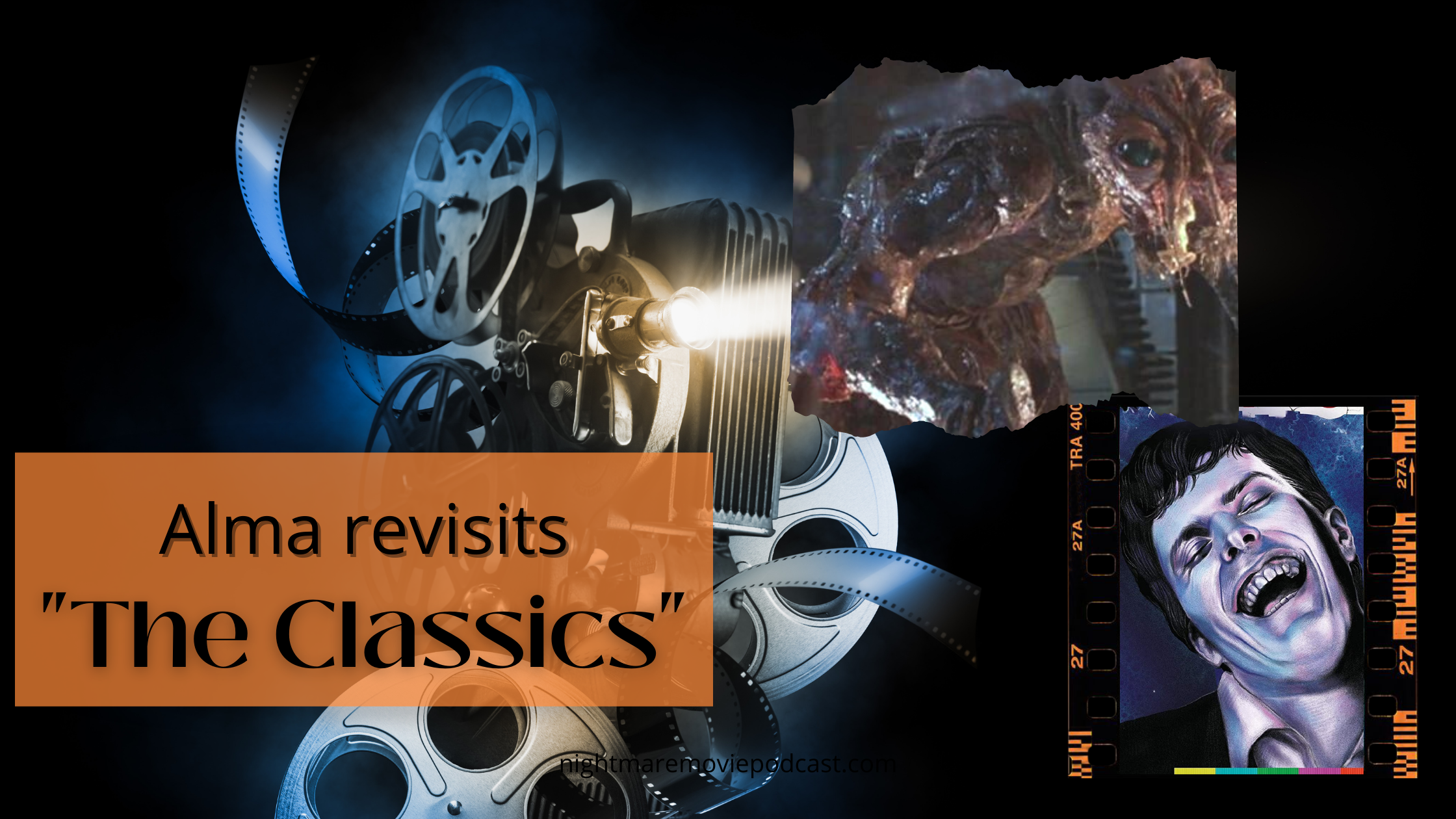 May is almost over and I do not see the horror content slowing down yet. I watched more movies in the past 30 days than the previous (22 new or new to me films). I added 3 new horror podcasts to my rotation. We had new magazines, and I just keep finding more writers to follow to get my horror fix. The world is spinning out of control and I am not going to lie, I am finding a lot of comfort diving into films to avoid the outside whenever I can.

I revisited at least 20 films that were more than 30 years old. It was like watching them for the first time. Cronenberg’s The Fly (1986) is still as unsettling, if not more, as it was in my first viewing. Jeff Goldblum is outstanding. The creature effects are grotesque and I love them. Watching Seth Brundle’s transformation into Brundlefly is the stuff of nightmares . Years later and my stomach still churned and I gasped when Seth vomits on Stathis.

For funsies, I had my oldest daughter join me for a first time viewing of Brain Damage (1988). She knew I was excited to watch her face and reactions. Yes, I am one of those people, staring and waiting for reactions but we both are and have a great time with it. Brian, played by Rick Hearst, is host to the most gnarly and goofy phallic-shaped parasite named Aylmer who swaps a euphoria-inducing fluid for fresh human brains. Shenanigans ensue and just when you’re imagining the worst thing unfolding on screen, it actually gets worse.

Need something more palatable? Les Yeux Sans Visage “Eyes Without a Face” (1960) is hauntingly beautiful. The mask and unmoving face, the heartbreak, and despair of Christiane who longs to regain her beauty after a terrible accident caused by her surgeon father. And he isn’t stopping at anything as he tries and fails to return his daughter’s beautiful face but Christiane’s complicency is also disturbing. It’s macabre and somber throughout and a must-see film.