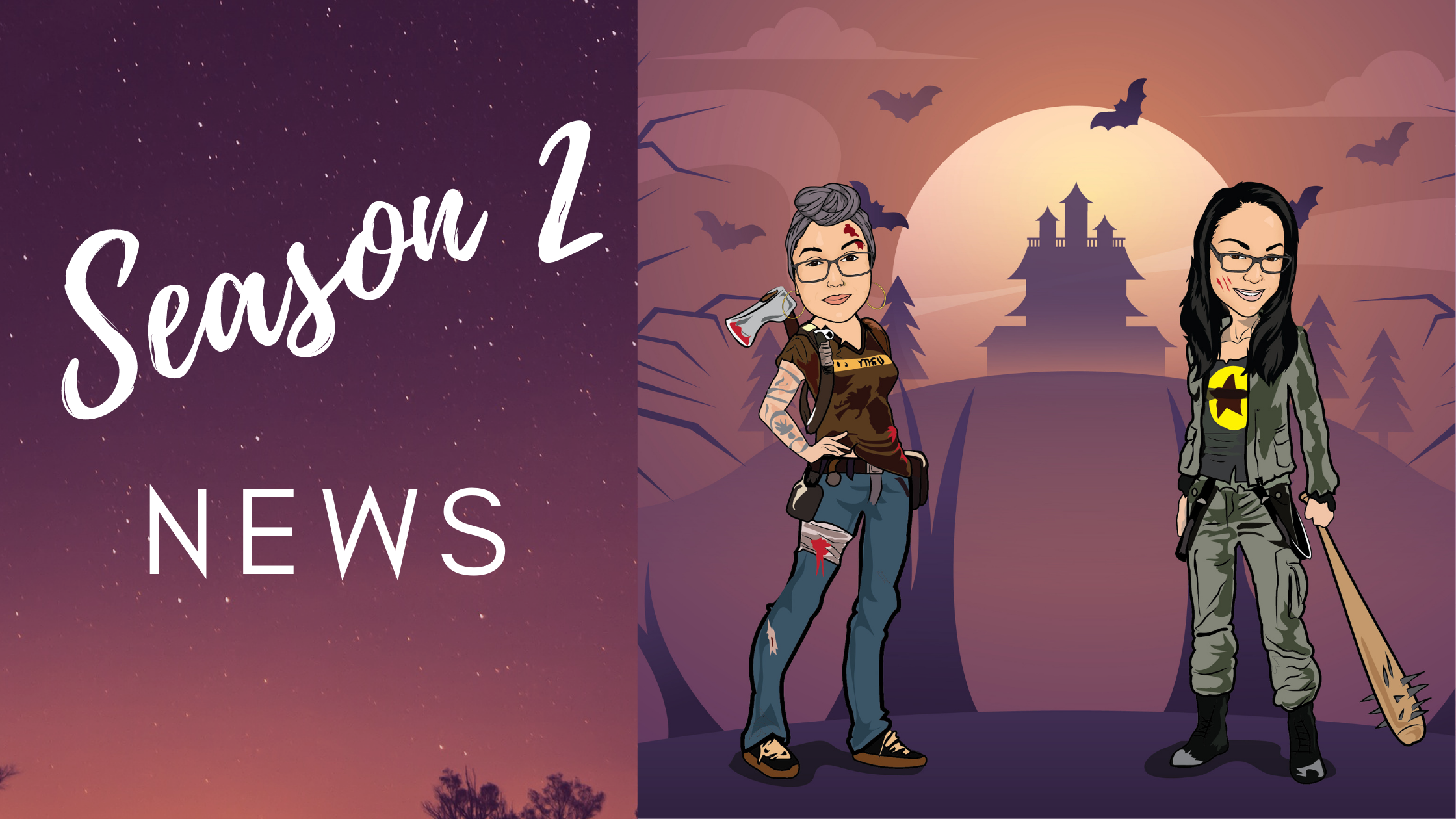 We are so excited to be able to share our plans for Season 2 of Nightmare on 5th Street: A horror movie podcast. When we first began our podcast we really wanted to not only talk about our love for horror, but also speak from our experiences and how horror movies became an escape for us. Part of that was to share our not-unique view of two Mexican American girls growing up on the Rio Grande Valley, products of two neighboring cultures.

We grew up in a tiny house in South Texas. Four kids to a single mom who struggled to raise her four kids on her single income. Horror movies were an escape from circumstances, and they were entertainment and a lifeline to keep us busy and out of the way.

We still love horror, obviously. We are a horror movie podcast after all. But when we started we always knew we wanted not only to share from our latinx lens, but also to share horror movies from some great creators of many cultures and diverse backgrounds. It has not been easy, though. Finding them, that is. We are loving Season 1. Fun movies, new movies to us, classic flicks. However, we decided to dig in a little deeper with Season 2.

We have started work on creating and building a more engaging experience with Season 2. As a matter of fact, Seasons 3 and 4 themes have already been decided upon as well. But you’re here for Season 2 updates and here you go. Nightmare on 5th Street: A horror music podcast Season 2 will be horror entirely from BIPOC creators and actors. We are so excited to be able to seek out these gems from creators that we may all be familiar with, or some that we will only be discovering for the first time. Some foreign movies, some home grown. We plan on keeping some of the familiarity of Season 1 but we have some engaging additions to feature as well.

Thank you to everyone who has listened from the beginning, middle, and to those who have just found us. We all have something in common, I’m guessing since you’re here. We love horror and we love the stories we get to see unfold on screen. And now we get to share some great horror from those who may not always get the spotlight. We don’t want to give it all away, but here’s a few movies we will be discussing in Season 2: